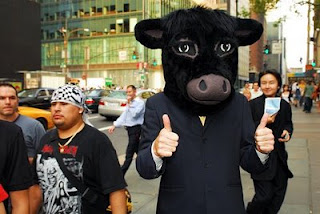 Politics – shit everyone hates that word.  Like it or not any time you interact or associate with a group of people tied together by something common you’re going to delve into politics of some nature.  Now I’m not talking the politics at a macro level (i.e. cake vs. pie, Dem vs. Republican) but the real down in the dirt dealing with people and their interests.  Because after all people rarely act or accept anything  unless it caters to them in some way, shape, or form. And rural folks are no different. If you are going to build a defensible and sustainable tribe you’re going to have to know how to politic.  And the first reality you have to deal with is your expectations.

Get this into your head right now: You are not dealing with trained infantrymen. Hell you’re not even dealing with trained cooks. If you’re lucky enough to have a few vets amongst the crowd then count your blessings and hug ’em up.  But what you need to expect (and managing expectations is a critical aspect of leadership) is a group of folks that know little to nothing about basic soldier skills or tactics and are more worried about the own issues than developing a way to counter a couple of truckloads of dirtbags raiding into their AO.  I’ve trained some of the worst soldiers on the planet with the expectation of making them decent troops. You want a challenge? Try teaching Angolan NCOs land nav – I’ll buy ya a candy bar if you can get the dumb sons of bitches to shoot a decent azimuth or differentiate between the Norths. Is it realistic to expect to be able to sit Bill who has worked fields all of his life down and give him a three day block of land nav with practical exams?  Hell he probably doesn’t have three days to take off to learn it in most instances – do you? Manage your expectations and keep shit simple.

To understand rural folks you have to look at what they value. Yeah there’s going to be minor differences of opinions on the “hot topics” of the day but forget all that shit – it’s a sideshow. What I’m referring to here are the very basic human needs. When SHTF most of your rural folks will prioritize their needs for security in a manner similar to this:

Everything else it a toss up.  It can go along political lines, racial lines, religious views, hell even what brand of truck or tractor they drive.  All that is sideshow material.

So we’ve pretty much identified the four basic components of what rural folks worry about security wise.  So what do we do with that?  Quite simply we use those basic needs and desires to not only identify ourselves as a “tribe” but to support each other and reinforce local security. But how?

Sell folks on the concept that nobody is going to take care of us but ourselves.  And frankly that’s true.  If shit really does hit the fan uncle sugar and his assets are going to be tied up taking care of their inner city and urban vote farms – FEMA and DHS even state so in their emergency strategies. Rural folk need to be ready to be as self sufficient as possible for everything. Security, food, medical aid, etc.. the list goes on and on. Viewing things that way makes it easier for John down the road to appreciate old Mrs. Johnson that was an ER nurse for thirty years. Or Bob that maintains construction equipment for a living.  Or Sue and Bill that have the largest flock of chickens in the AO and can just about everything (hell I know a Sue that even cans Cheetos…no shit). Skills are one asset that helps tie folks together. And most folks have some valuable knowledge or skill to add. Is it realistic? Hell during the depression it was routine. Rural folk and their neighbors became part of an extended family that may have not had a blood tie one.

When it comes to security living in the sticks presents an even greater challenge – The SO may make it out there within a few hours if they haven’t all taken off to defend their own families (smart money is on that).  And frankly as Mosby put it in his blog “you need those friends with shovels and lime”. These friends amigo are your neighbors. And the time to buddy up with them is last week, not next month. Git ‘er done.

Now comes the fun part:  Selling it to our shovel and lime neighbors.  Remember the basics:

– Don’t be some self righteous asshole know everything Ranger fucking Ricky.  You will do nothing but alienate people – they don’t identify with terms like “recon patrol” and “hasty ambush” and “resection”.  Play it humble and spoon feed it at the simplest level.  When all is said and done these folks are still farmers, ranchers, and homesteaders – not members of the BSB LRS.

– Sell everything as being mutually beneficial which may be the hardest thing you ever do. How?  Think before you open your mouth.  Ask yourself “How can I sell Bill on helping to defend Sue’s Plot and how could it be beneficial to him”?  If it doesn’t appear beneficial look at the list of four items up top and work your way down. If all else comes up blank she’s a member of our community and lives in our “neck of the woods”. That means something to most rural folk.

– Respect other people’s opinions and suggestions. Rural folks are unique: They will more often than not come up with the simplest solution to a problem (but don’t think these folks are “simple” for a minute). By allowing them to voice their views, opinions, or methods of doing you’ll also build cohesiveness by allowing these folks to identify as part of the tribe.  Simply put when people feel valued as a member of the team they become a more loyal member of the team.

– Allow others to shine whenever and wherever possible.  If they volunteer then by all means you need to make it happen.  It shows that they are valuing the effort and identifying with being a member of the tribe.

– Be prepared to explain yourself in simple terms.  These aren’t privates that you can light up for asking “Why”?  Remember: in a community there is no clear cut chain of command – everyone is valuable.  Try putting yourself in their shoes – they aren’t subject matter experts and knowing why will let them asses the value of the effort.

– Be prepared to negotiate and mediate.  As I stated above everyone is looking at “what’s in it for me”?

– Value the rights of people’s property and their right of self determination.  If it’s their land they have the ultimate say.  Some will agree, others will not.  Which leads into:

– Be prepared to be rejected. Old Bill probably ain’t going to let you burn off the back pasture to clear fields of fire even though you have explained the value of it if his cows need that pasture to eat. Re-examine and adjust or adapt your plan.

You’ll find your efforts go a lot further and hold greater value if you are more personable and appreciative of all the members of your tribe. Don’t treat ’em like privates, subjects, or idiots.  Ignorance of TTPs is to be expected.

Semi-retired career and contract troop. I own and maintain my own small ranch out here in beautiful rural America.
View all posts by Treaded →
This entry was posted in Building and Developing Tribe, Security Planning, Terrain and AO Development. Bookmark the permalink.